As part of their coverage of the release of Avengers: Age of Ultron, Screen Rant noticed this wonderful bit of news from Kevin Feige:


“We talk about that [Marvel One-Shots] a lot actually, because when you have tables like that (lots of potential storylines, most unexplored in the finished film), and we go, What are we going to do with Howard [the Duck]? What are we going to do with Cosmo? We should do a one shot with Michael Pena. I mean, the universe is big. We’re moving up to three movies a year and I’m not sure how much beyond that we can go so the one shots are great for: ‘oh we have this great idea, wouldn’t it be fun to see…’ We talk about it a lot. We’re a relatively small team. We’re comfortable doing three movies a year so it’s just about finding the time and the place. But we have a backlog of ideas.”

They also mention that Marvel's "own internal research has proven that including these shorts as exclusive content on home video releases significantly boosts sales and promotional opportunities."

For those who aren't familiar, the Marvel One-Shots (named for a comic book line by the same name) are short films that work in-between the larger films and television shows, often showcasing minor characters, filling in plot holes, or just exploring things that were interesting, but just didn't fit into a larger movie. They've been included as exclusive content on the Blu-ray editions of some of the films (some can also be found online). To date, we've seen: 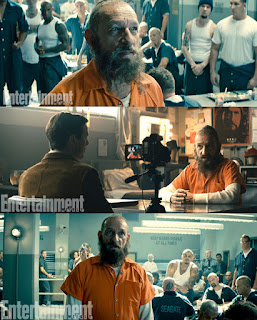 That last one, by the way, is a masterpiece. Not only does it redeem the whole "they ruined the Mandarin forever!" complaint that many people shared (I'm not one of them - I loved the twist), but we also see Justin Hammer (from Iron Man 2) in a cameo, and Ben Kingsley is absolutely brilliant as the clueless stoner who can, seemingly at the flick of a switch, turn on the steely-eyed killer. 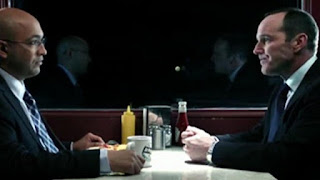 I love these one-shots, and have really been disappointed that they haven't done more. A one-shot with Cosmo, the telepathic Russian dog from Guardians of the Galaxy? Ten minutes of Michael Pena (from Ant-Man) doing his shtick? Something with the Collector, or watching a Nova Corps operative take out some space-criminal? A 1960's Nazi hunter in Argentina coming across an old Hydra officer? Someone comes nosing around Barton's farm who shouldn't be there? Seeing Jessica Jones come into the office of Murdock & Nelson for a consultation on some case? A day in the life of Aunt May (with Spider-Man always in the background somewhere)?