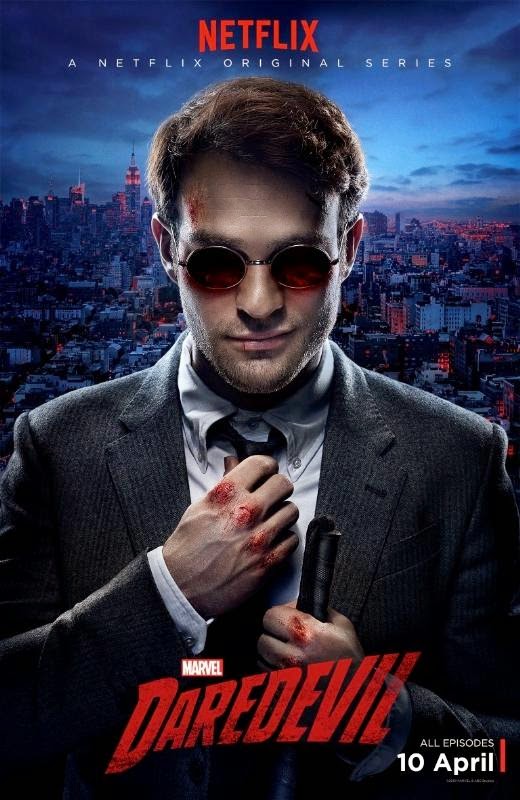 A few weeks ago, Netflix released all thirteen episodes of their Daredevil series on their service, based on the Marvel comic (and having nothing to do with the 2003 film starring our new Batman, Ben Affleck). The series has already been picked up for a second season, even though its companion series -- Jessica Jones, Luke Cage, Iron Fist, and The Defenders -- haven't even aired yet.

Based on the long-running Marvel comic featuring blind attorney Matt Murdock, whose super-powered senses allow him to fight crime at night in New York's toughest neighborhoods, the Netflix series captures the setting perfectly. The west side of Manhattan was one of my haunts in my youth, and the series has it perfectly, and is especially effective at capturing the tension between those who love the neighborhood of Hell's Kitchen as it is, even though it is flawed and crime-ridden, and those who want to see it lifted up and gentrified, also out of love for the place.

The series doesn't go overboard in showcasing Murdock/ Daredevil's super-senses. They are obviously present, but there's no flashy "sonar effect" on the screen or anything like that; it's subtle, like playing a heartbeat in the background that is at first barely noticeable, and then bringing up the volume so you understand it's Murdock hearing it.

Charlie Cox absolutely nails attorney Matt Murdock. He's smart, charming, and even at times goofy, but always with a serious edge. He captures the character's blindness, and it's difficult to remember the actor isn't blind himself. The action sequences are long, and bloody, and that's deliberate, fitting in with one of the overall themes of the show that hearkens back to Murdock's father. 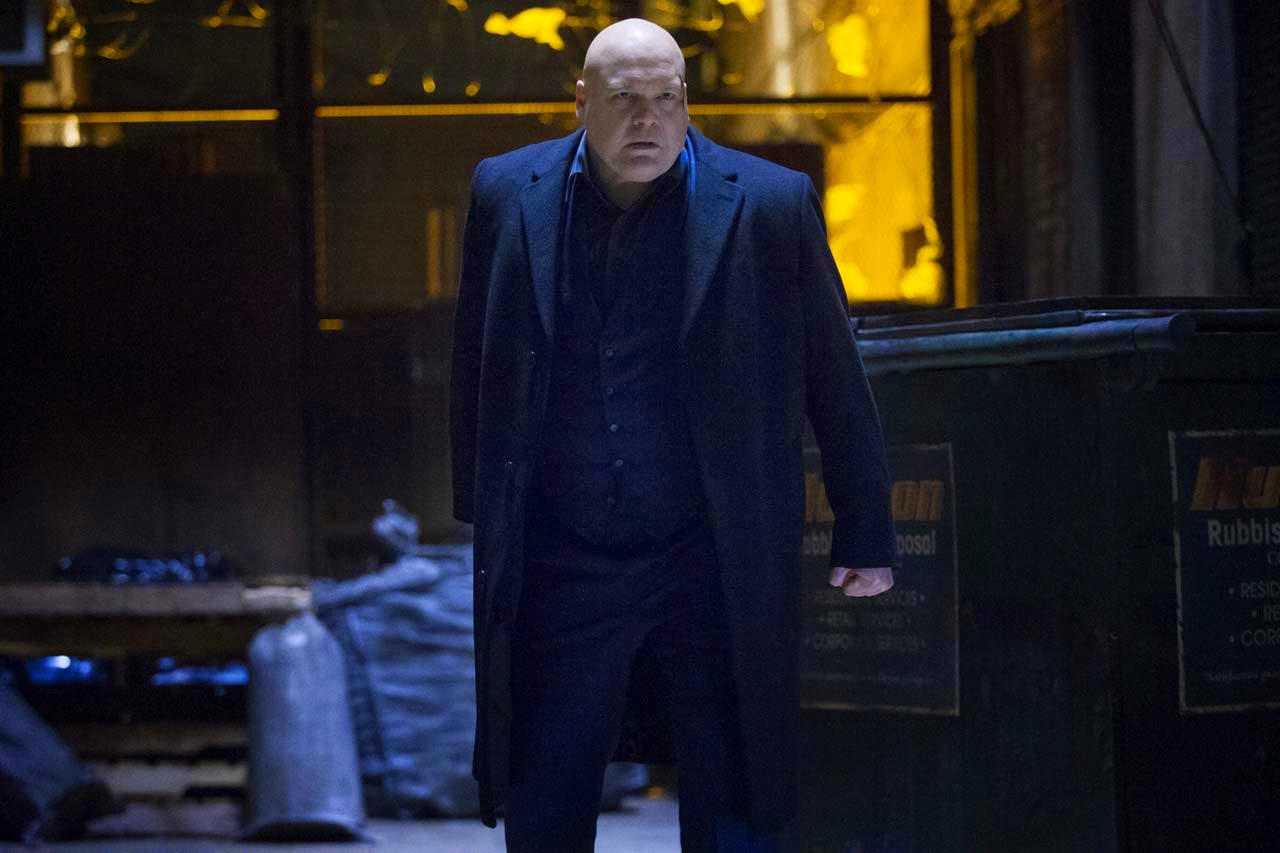 The other big star is Vincent D'Onofrio as Wilson Fisk, the "Kingpin" from the comic books, a powerful crime lord. Frankly, I didn't think he'd have the physicality for the role, but he pulls it off nicely. His performance was totally unexpected to me, but it worked very well for this character; he's not the supremely confident master of crime, but he's vulnerable, and downright shy and uncertain. That, too plays into one of the themes of the show, and is used to drive the plot forward in a very clever way.

The supporting cast is wonderful, both Murdock's friends (Foggy Nelson and Karen Page) and enemies (many and varied). There's a real chemistry between long-time friends and newly-minted law partners Murdock and Nelson, and when at times things become strained between them you really feel it.

The show definitely has a darker edge to it than anything we've seen in the Marvel Cinematic Universe. Most of the action takes place at night, and there's plenty of blood, broken bones, and brutality. Not what you'd expect on ABC during prime-time. But I like the fact that Marvel is taking the MCU into yet another direction; the dark crime drama. But, true to their form, it's not a relentlessly grinding grimdark show; there are moments of humor throughout that keep the episodes lively.

The show is firmly in the MCU; there are little easter eggs throughout (mentions of Killer Kreel from Agents of SHIELD, for instance, and the Roxxon Energy Corporation, from Iron Man 3), and of course mentions of the attack on New York that occurred in the show's recent past and in a way set the stage for the plot arc. It will be very interesting to see how and if some of the characters from this show make it into other corners of the MCU, and vice versa.

All in all, I highly recommend this show for anyone who's a fan of Marvel movies or the superhero genre in general, as well as those who like a good crime drama. I had a really good time watching this show, and powered through it in less than a week (for me, that's really damn fast).