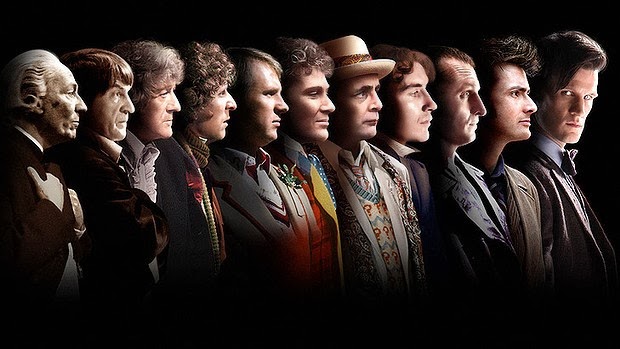 I've been a fan of Doctor Who since I was in junior high, watching Tom Baker on Saturday afternoons on the New Jersey public television station. I've been a fan ever since, and the show has gained me many friends (mostly from college - in the first months of freshman year, a lot of us coalesced around watching Doctor Who in the dorm common room, and it served to allow all of us gamers and geeks to find each other easily).

Recently, my wife and daughter have finally (!) gotten on the Doctor Who bandwagon, zipping through the new Doctors (Eccelston through Smith) with startling speed. I can't rightly explain why they both suddenly got the bug - I've been trying for years to get either of them into the show without success. But I'm not complaining.

I thought I'd take a couple of minutes and rank the Doctors in order of preference. As I write this, Peter Capaldi's Doctor has yet to be seen except in the first few seconds after his regeneration, so he is omitted. I also don't include John Hurt's War Doctor in my list, because he really didn't have so much as an episode to himself, although I did like him and would put him as #3.5 in the list, were he included. Naturally, everyone's going to have their own rankings (and feel free to share them in the comments), but it's my blog, so mine get put above the fold. :-)

#11 Matt Smith. Yeah, yeah, I know. Sue me. I just don't care for his Doctor. He's too goofy. And the stories that he was given, where it seems that it's all about the Doctor-as-most-important-person-in-the-universe, rather than the people around him, irk me. That said, Nightmare in Silver is a terrific episode, and he's really good in it, perhaps all the moreso because it is an atypical Smith episode, hearkening back more to the Patrick Troughton "isolated outpost under siege by bad guys" days than anything else.

#10 William Hartnell. I confess I have not seen all of the William Hartnell stories, but what I have seen leaves me kinda... meh. I'm not sure if it's because the writing is a little dodgy because they were still trying to figure out what the series was supposed to be, or the pacing, or if it's just something about him. But I just never "took" to him.

#9 Peter Davison. My relatively low rating for the Fifth Doctor might well be a function of the fact that he replaced my favorite. But I think there's something to be said for the fact that the writing was a bit weak during his tenure (although it wasn't without its really great episodes, like Earthshock and Resurrection of the Daleks), and I simply didn't care for his meek and indecisive Doctor. I know they were going for a deliberate contrast to Tom Baker's Doctor, but it may have been a bit too much. 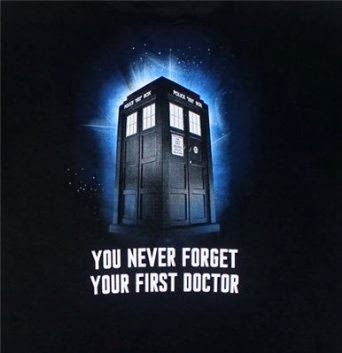 #8 Christopher Eccelston. Like most Doctor Who fans, I dutifully watched the "new Doctor", and I kept waiting for the show to become... I dunno... fun. Eccelston's Doctor was a jerk, but not in the sort of way that a jerk like Colin Baker can be forgiven because of his other, better, qualities. He was just... annoying. Was it the stories, as they were still figuring out how to do the show? Was it Eccelston himself? I can't put my finger on it, but I kept waiting for the show to "get good". At least it was "good enough" to keep me on the hook while I waited. But, fortunately, good it did eventually get...

#7 Sylvester McCoy. I do like McCoy, honest. But his seems to be a tired Doctor, and the stories he is given seem to be tired as well. I think if he had come in earlier, his tenure would have been a lot stronger, but coming when it did, it was just treading water. I don't think it was his fault as an actor that the series entered its decade-long hiatus, but a Doctor is more than just the actor who plays him.

#6 Patrick Troughton. I would argue that the Second Doctor set the stage and tone for the rest of the series, forty years on. He was so different from the first, prickly, Doctor, and gave the character a whimsical and funny side, the Doctors who followed him owe him an enormous debt. His episodes were somewhat formulaic - an isolated outpost under siege - but they made the formula work, and used it to establish a number of Doctor Who villains who endure to this day. Plus he's just so damned charming. It really works for a character who is more inclined to fast-talk his way out of a jam rather than use Venusian Karate or "build a bookcase at them" with his sonic screwdriver...

#5 Paul McGann. I saw the Doctor Who movie when it first aired (it was supposed to be the pilot for a new and revived version of the show in the United States, but that never materialized) and liked it quite a bit. I got a chance to see it again recently (during BBC America's 40th anniversary extravaganza last year) and thought it, and he, held up quite well. He's become something of a fan favorite, sort of the "Doctor who never was", and thus he's been the medium upon which fans can impress their own expectations without much fear of contradiction. I did particularly like him in the BBC-produced mini-episode The Night of the Doctor, which shows him turning into John Hurt's War Doctor.

#4 Colin Baker. Not usually one of the more popular Doctors, I really liked Colin Baker's acerbic personality and take on the character. Yet always there was that glimmer of a smirk or kind smile behind the sneer, and I appreciated his atypical Doctor. Plus, he had the best long story arc in the show - Trial of a Time Lord.

#3 David Tennant. I honestly really liked him. He was quirky without being goofy, and he had some really great episodes (The Stolen Earth/Journey's End, for example). His run was when the "new show" really found its stride, and wasn't afraid to pull in elements from the classic show.

#2 John Pertwee. He just nails it. Dapper and always in command of what's going on around him, he was blessed by having the perfect villain - The Master - as a foil against whom to battle. If only the budget of the show at the time hadn't kept him on Earth most of the time, his could have been the undeniably greatest run.

#1 Tom Baker. You never forget your first Doctor. His madcap wit, eccentric characterization, and the great writing of his period just makes him the best. Of course he has some clunkers (who doesn't?), but on the whole, he gets the nod. He also had the best companions - Leela, Sarah Jane (albeit shared with a couple other Doctors), and K-9. 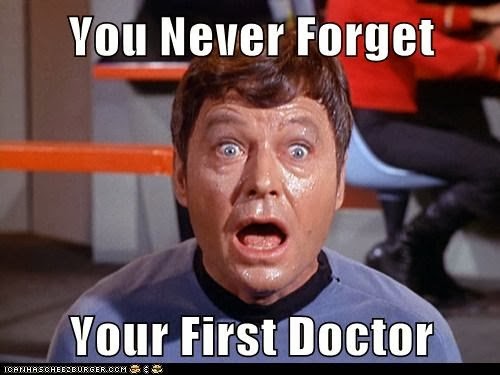 Email ThisBlogThis!Share to TwitterShare to FacebookShare to Pinterest
Labels: Doctor Who, Television