Today, the memento mori, a genre of art and music that spans history from the Middle Ages through today. It was particularly in vogue in times when death was of particular concern to people; during the Black Death, for example, or in Puritan times. It was also said that the phrase "memento mori"-- which means "remember you are mortal"-- was repeated by a servant to Roman generals receiving a triumph. They often consisted of depictions of Death personified as a skeleton, skulls and bones in general, and images related to time, such as hour glasses. 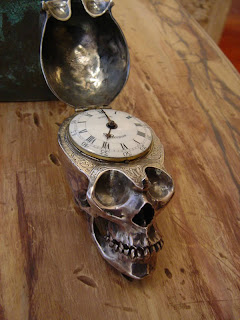 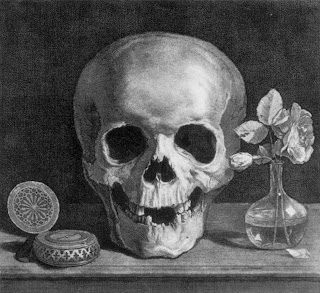 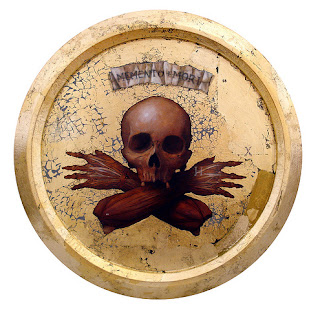 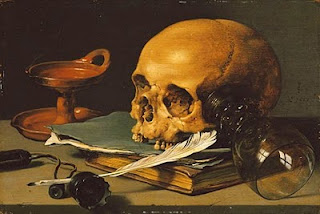 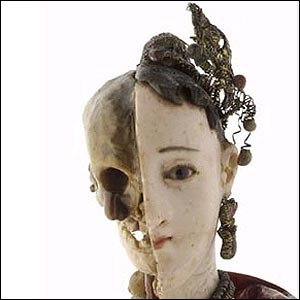 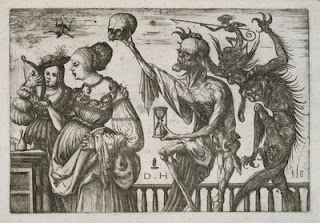 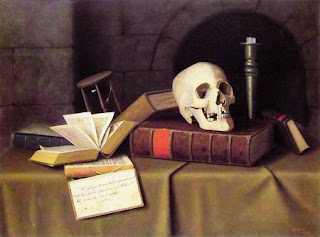 Email ThisBlogThis!Share to TwitterShare to FacebookShare to Pinterest
Labels: 13 Days of Halloween