Why Do People Hate The Lord of the Rings? 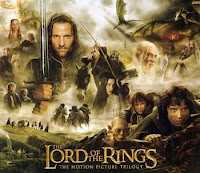 This is a question that's been rattling around in my head for a couple of years, now. I know in some quarters its the case that Peter Jackson's Lord of the Rings film trilogy isn't well-regarded. It's an attitude I can certainly accept, but don't really understand, as I love both the books and the films, and have read and watched both dozens of times each.

With the upcoming release of the first movie in The Hobbit trilogy, the question has come up again, and I thought I'd ask. For those who dislike the Lord of the Rings film trilogy, why?

Be specific. "They suck", or "personal preference" isn't the sort of answer I'm looking for (although the latter is certainly a valid enough reason; it's not in the class of reasons I'm looking for). Was there something specific about the writing, the acting, the film-making in general? Some specific elements of the books that were omitted, or something added, or emphasis changed that renders them unpalatable? I mean, I like Tom Bombadil as well as anyone, but I still love the movies. I'd like to understand the motives of folks who don't. Oh, and if you're just not a fan of Tolkien in general, no need to reply. Your dislike of the films is completely understandable.

Just a special note regarding the comments, as this is the sort of thing that can quickly spiral out of control; no personal digs, please. Keep comments related to the films themselves, and resist the temptation to tell someone "your wrong" unless it's something that is strictly on a factual basis (and please be so kind as to present your gentle correction as such).