When I was a kid growing up in New Jersey, naturally we watched television out of New York City. This was back in the 70's, when there were only three networks (2, 4, and 7) and three independent channels (5, 9, and 11).

But what I remember most about New Year's Eve wasn't the ball dropping on television, but rather the movies that were played. I have no idea why, but channels 5 and 11 always played either Yellow Submarine or 2001: A Space Odyssey.

I've decided to celebrate both my long-past youth and the holiday by watching both films this year on the eve of the new year. We had planned to have people over to celebrate, but bronchitis has swept through the house, and we'll have a small, cough-filled, family celebration this year.

With Chinese food. That's the other tradition. You always have Chinese food on New Year's Eve.

It's always cool to listen to the lyrics of a song and discover that it's not at all what it seemed to be.

For most of the song, you are led to believe that "Marie" in the song is the singer's girlfriend, forced apart from him by her mother. It turns out it's his six-year-old daughter, separated from him by a divorce or separation.

99% of the song is Meatloaf bragging about how he had sex with a girl in a car. You don't find out until the very end that the whole thing is a lament, and he can't stand the girl, whom he had ended up marrying. "I'm praying for the end of time, so I can end my time with you!"


It's that classic tale. Boy is supposed to meet his sweetheart, ends up waiting for her in the rain, wondering why she's stood him up. Then he realizes he's been waiting in the wrong place all along.

Guy offers to hire a girl as his driver, to show off how successful he is. Turns out, he doesn't even own a car. Yet.
No comments:

Email ThisBlogThis!Share to TwitterShare to FacebookShare to Pinterest
Labels: Music

Email ThisBlogThis!Share to TwitterShare to FacebookShare to Pinterest
Labels: Whimsy 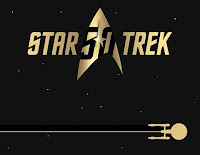 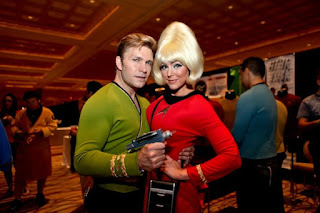 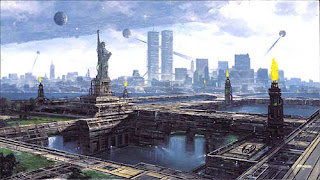 Over the years my love of Trek never diminished, and gradually turned into full-blown fandom. Conventions, uniforms, Trek-related games, fan clubs (I performed a wedding at a Shore Leave convention in Maryland, dressed as a Mirror Universe chaplain; "Let us prey... upon those who are weaker than ourselves..."). In fact, it was while in a Star Trek fan club that I met my wife*, and to this day some of my closest friends stem from those grand days of friendship and fellowship, built around our mutual obsession. Sure, I'm a fan of most if not all science fiction that comes down the pike, and Star Wars holds a place dear in my heart, Dr. Who is mostly great, but to this day I'll watch Star Trek if it's on in any form; whether it be one of the series (yes, I even like Star Trek Voyager), the movies, or even a special on a channel like Biography. My wife and I spent a great few months having our "can't miss together time" around watching Star Trek Deep Space Nine on DVD from start to finish.

Trek's made a lasting impression on my life, and made me some of the best friends I've had. And I don't think it's any odder than being able to quote baseball statistics or spending hundreds of dollars on football tickets.

__________
* The first year we were married, we both tried to get the other a print of "New Borg City" for Christmas. Trouble is, the store only had one, and we were both trying to do it behind the other's back! It was a hoot once we and the guys at the store all realized what was going on.
2 comments: 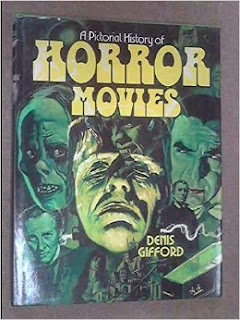 Hell, I still love it.
2 comments:

Tonight I will drink a toast to these brave adventurers, as I did last night for the crew of Apollo 1.